Learning to be an artist 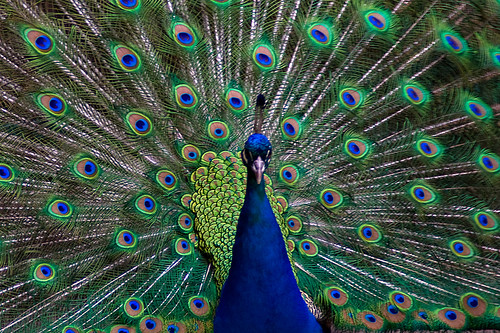 "You make your plans in terms of what the mind can think of, and if you hold to those plans you’re going to have a dry, dead piece of work. What you have to do is open out underneath into chaos, and then a new thing comes, and if you bring your critical faculty down too early you’re going to kill it." — Joseph Campbell, Goddeses: Mysteries of the Feminine Divine

I really learned to be an artist the long lonely year my dad was dying.  I'd moved to the coast north of Santa Cruz in part to be closer to him, in part because I was broke after a job with a going-nowhere start-up ended at the same time a lease with two roommates was up. This was two years after I'd returned to California to go after writing and singing and I'd spent much of that time trying anything and everything related to being creative: writing groups, performance labs, all manner of yoga class, Naked Voice workshops and singing lessons. A job at a start-up that was changing course every two weeks in efforts to keep up with the rapid progress of tech fit right into the mix. (A fellow singer had led me to the job with the Yelp-like company that didn't quite grasp the power and possibility of the Internet.)
In the middle of working the start-up job, I was learning to be flexible on a yoga mat. I'd found Ashtanga yoga to be most reliable activity to lift my spirits away from worrying about how unstable my work and home situation had become. It was fascinating how so much action could happen in a relatively small space, how an hour-and-a-half of asana could be so grounding in its regularity and opening in its affect. Having jumped into practice full-bore, I was on the steep incline of the yoga learning curve, coming apart at the seams and reveling in self-discovery and my life mirrored my practice.  The job was precarious if socially interesting — I worked with a lot of other creatives who were happy to have the work even if we knew it was a sinking ship —I knew I wanted to write and sing but hadn't really found my voice, and now my dad was sick.
I wasn't all that happy to leave my the creative cauldron which was San Francisco, but I trusted the flow that was leading me back home if it wasn't quite were I'd planned to go. Though I hadn't quite grasped the enormity of the experience that would be saying goodbye to a parent, it was clear that temporarily relocating to an open space on a ranch belonging to my brother's employers would keep me afloat during a tough time, giving me both proximity to my dad and some necessary distance from the intensity of the experience.  And I'd have two key things for making art: time and space.  How to harness the time between venturing down the hill to visit my dad or help my brother take him to the VA in Palo Alto where he had his treatments was up to me.
Fortunately, all the classes and workshops had given me a rudimentary but clear grasp on the concept of practice. My dad's appointments provided some structure and accountability while I mucked about finding my way in the creative department. Town was 7 miles away so it wasn't so easy to go distract myself with another class or workshop or over-long coffee breaks. First time on the yoga mat, then time on the page. Distraction came in the form of long walks in in the coastal hills, scaring up the occasional deer or bobcat grazing or hunting in the tall grass, and watching migrating whales. Somewhere in the middle of this, realizing if I were to develop the lyrics I wrote on my own I'd need to play something, I got my first guitar.
A multi-acre ranch surrounded by open space is a good place to learn an instrument. I didn't need to worry about sounding bad. There were a few peacocks that lived on the ranch who honked and called at dawn and twilight. My missed chord changes fit right in with the peacocks' uneven chorus.
I wrote and made a lot of rough, unsteady and unsharable words and music up there on the ranch, but I see that year now as a formative time. Not only because that was the year I really learned about grief and loss in facing the death of my father, but because I learned to make work, to practice, despite those most difficult feelings. When I packed up to move back to the city a year later, I had some practice and creative work habits down. And more importantly, I knew I could survive my own loneliness and doubt to keep making effort.
Posted by Bird in the Tree at 10:00 AM

Don't you find Deborah, that experiences show up years later and form solid ground for new/old inspiration? I think what I'm trying to say is that at the time you have no idea where things are going or why some things matter enough to pin down or how they are going to show up like the roadrunner years later and inform work being done today.
I'm experiencing quite a bit of this lately.
Loved your writing. Would love to hang out with you
again {*}

Thanks @LouLoulovesbooks! Yes, equal parts faith and action and magical mystery ride! Love your work & that you're having some new ahas and discoveries xo :)