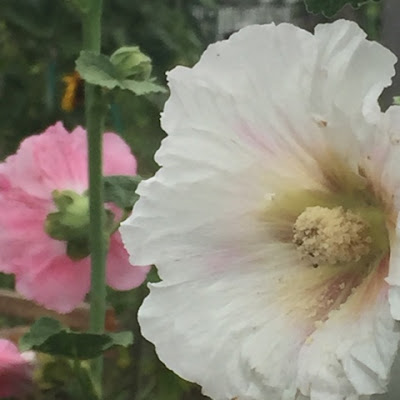 Full moon in July = Guru Purnima, a time to thank your teachers. So this week of the full moon 2015, I'm thinking of, and thanking, Sri K Pattabhi Jois, the founder of Ashtanga Yoga, and an immense influence on yoga as we know it, who would have been 100 years old this week.

Its no accident, and a huge blessing, that I met Jois, first in New York in 2001, and again in India late 2004, between my dad’s death and mother’s relatively quick decline. My parents, my first two teachers, taught me many things, some valuable and precious — like my love of nature and appreciation of the written word — and some debilitating — such as disappointment carried too long — that desperately needed a counter.  Jois, aka Guruji, a model of faith and devotion and acceptance, provided just that.
I remember him squishing me in a forward bend during that first trip to India to practice at his Ashtanga Yoga Research Institute, laughing and saying “yes, yes” as I breathed. This was 11 years ago already, and as I sat there, folded over (I don’t know if I’ve bent as deeply since) on the carpeted studio floor in Mysore, a vivid image of the California coast came to mind, even as the sounds of India streamed through the open windows. His voice in my ear saying  “yes, yes” was in reference to my practice, but I thought it was as much a  “yes, yes" of agreement with what was in my mind, that the image in my head was indeed home. Pacific Ocean, rolling coastal hills, sea breeze, and my family. I could taste it, even being around the world from the US, parrots flying outside in the hot Indian air.
It was sweltering that October, when the world seemed upside down, and my usual frame of reference for living was forever changed. I couldn’t drink enough coconuts, or escape getting sick, on water or food I'm not sure. For two days near the end of the trip, I didn’t think I would be able to get out of bed. I thought I was going to die there, alone in a foreign country, upstairs in a rented apartment with a patio shaded by palm trees.
I didn’t die then, obviously, instead, influenced by this great man down the road, who'd been teaching tirelessly for many decades, I recovered and got up, and at first weakly, went on. At the shala, Jois laughed his encouragement, appearing out of nowhere every time I thought "I can't do this." And I came home a stronger, and changed, person.
My mom did die, a few months after I returned to California from India. It was an ugly process that I don't know I would have been able to face if I hadn't been introduced to Ashtanga Yoga by several of Jois's early students, who eventually led me to Jois himself. When things are challenging, it's his voice I hear, 'yes, yes.'
Yes. And thank you.
Thank you to Jois, and the many others who continue to carry on the tradition of Ashtanga.

In celebration of Guru Purnima, the good people at The Yoga Workshop in Boulder have put together a lovely tribute "Guruji lives here":