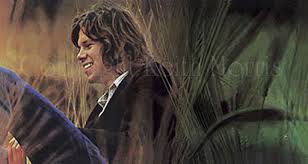 Noise Pop and City Arts Lectures Talking Music event "Remembering Nick Drake" turned into a fascinating discourse on the up and down life of artists, changes in the music industry, how good work survives and the tragedy—and mystery—of suicide. Nick's sister Gabrielle and producer Joe Boyd along with one of the local creme-de-la-creme of singer songwriters Jolie Holland discussed Nick's artistic mastery 30 years after the songwriter died from an overdose of antidepressants (A box set of Drake's work is being re-released along with a DVD "A Skin Too Few" hence the stateside appearance of his gracious sister Gabrielle and Boyd). Still in his 20s, Island Records had released three records of his elegant guitar-based poetic songs to little notice. The music; however, withstood the test of time and took off when "Pink Moon" appeared in a Volkswagon commercial several years ago. But Drake received little notice when he was alive. The support of both his label and loving family couldn't help Drake stomach the public's indifference or the realities of touring as an unknown. Other revelations of the evening included hearing about the beauty of Drake's mother's poetry and songwriting (both of his parents were musicians and his dad recorded the family signing from an early age) and the large influence it had on his life and work.

On the way home, Dave and I stopped at my favorite neighborhood bar Absinthe to continue the conversation over drinks. Having gone there post gig with a guitar on my back, I now know the host, Brad Smith, not only makes everyone welcome he's also a very fine banjo player. Brad was in the house so our talk inevitably turned to the line-up at this weekend's Hardly Strictly Bluegrass fest and other memorable shows. We're all looking forward to Gillian Welch and David Rawlings, two of this generations most sensitive, excellent and humble songwriter/musicians. Hardly Strictly is full of the sort of musician who leave it to their chops to do the talking. Buddy Miller with Boz Scaggs, and the increasingly iconic Emmylou Harris are also must-see and hears.
Posted by Bird in the Tree at 10:08 AM