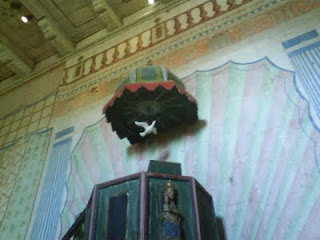 Playing shows and touring is a great way to catch up with friends & family as more often than not that's where you're staying after the shows. Such was the case this sunny fall weekend, playing in San Luis Obispo & Santa Cruz. At the former, I caught up with college friends who are avid gardeners (and newbie beekeepers) who sent us home with a bag of newly harvested potatoes and onions. In Santa Cruz, I caught up with my brother.
"What did you do this weekend?" I asked, wondering what game or movie I'd missed due to driving.
Living in the city, the question usually gets answers such as went to this movie or that parade but not there.
"I prepared for winter," he answered me, and told me of digging ditches and clearing tree limbs and stocking the woodpile in preparation for what the storms ahead can wreak in the country.
Back in the city yesterday, I saw the urban equivalent of winter prep: bike commuters were buying new fenders and rain jackets and the grocery was overflowing with the season's recently arrived winter squash. With no actual ditches to clear, I made soup.

Speaking of preparing for winter. A couple of months ago, on the way South to play the California Music Fest, we stopped at the old earthquake damaged Mission San Miguel which was closed due to retrofitting. Well the Mission has been restored! We stopped and checked it out. I hadn't realized during the last pit-stop that its full of murals that were designed by Esteban Munras and painted by Native Americans during the early 1800s.
Posted by Bird in the Tree at 9:26 AM