This is It: Let Joy Kill You 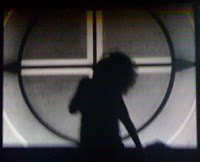 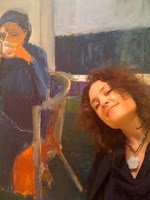 "This is it," opined Delfina, at MOMA, as we were comparing our past couple weeks of Mercury retrograde rollercoasterness. She was referring to what we always forget. Now is IT. Not yesterday, not 'maybe next week'. Of course, it wasn't just personal stuff we were discussing. With the Gulf Oil Spill, the flood in Nashville and a bomb scare weighing on the national consciousness, the fragility of life has seemed that much more apparent. But it was a beautiful day in San Francisco. The museum was open late, Bike to Work Day participants were whizzing by and friends were playing at a club later in the evening. There was also a very cool Bruce Connor video installation in the museum, Three Screen Ray. Check it out and you'll definitely get some inspiration seize the day. With the this is it in mind, I've been spending a lot of time catching up with friends and going to their shows since I got back to the Bay Area after the latest bit of my own musical nomadism. The next day, I rode over to the Berkeley library and caught Jerry Kunderna's lunchtime concert at the Berkeley library. I know very little about classical American music—this was certainly not folk or rock or blues— but I was so moved by what I heard. Joined by vocalist Anna Carole Dudley, they were previewing some of the material they were performing in full a couple days later, notably Aaron Copland's song cycle on poems by Emily Dickinson. "Let joy kill you," Dudley sang, a beautiful directive if there ever was one. So Saturday, more friends were rounded up to see Dianne Nola — who has a wonderful new CD "Queen Bee" — debut here latest swing band at the Inner Sunset Festival. It was foggy but that didn't deter anyone from dancing.
Posted by Bird in the Tree at 11:02 AM