Read: In the bird world, it's spring, and if you're paying attention to Bay Area falcon populations, you know peregrines have commenced nesting. I was a slight bit saddened to learn that our local Alameda pair of nesting peregrines set up house across the estuary, in Oakland, this year. Nonetheless, I'm getting another sort of falcon fix reading  "H is for Hawk", a memoir by falconer Helen Macdonald about training a Goshawk in the wake of her father's death. While the Goshawk is the star of this book, falons and falconry get my play.
Eat: As we've had very little in the way of typical winter weather here on the West Coast, eating with the seasons hasn't been much a helfpul concept for meal planning. Fortunately, this Ginger, Turmeric Spice Carrot Soup splits the winter/spring difference pretty well. 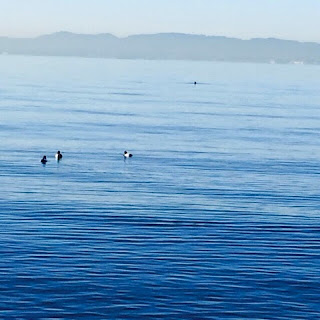 Listen:  Leading up the Lucinda Williams Tribute show in Berkeley last week, I was pretty much listening to Lucinda 24/7. Now that I've got a batch of her songs learned, I can turn to other sounds! Turns out that the big voiced, old soul Brandi Carlile released another batch of  clear-eyed songs earlier this month in the form of 'The Firewatcher's Daughter.' Take a listen to "The Eye"