Talking Music with Alex Walsh: This is What He Heard 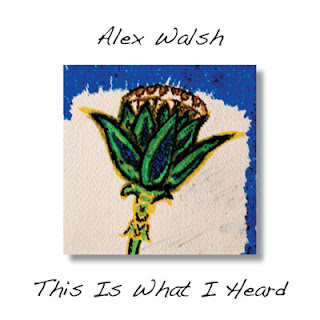 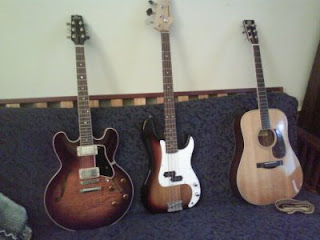 Having been in a song group together for the past couple of years and played together, I know that Alex Walsh is one of San Francisco’s most consistent songwriters. Having started out on the troubadour path as a young college student playing the Haight Street songwriter circuit, he’s steadily amassed a body of work consisting of original songs too numerous to count, band, collaborative theater and writing projects as well as his role at the Musician’s Union #6. He’s recorded much of his best material on three full-length, pop/folk/rock-flavored Cds, including 2007’s well-received “Take Me Back to the Country.” In 2008, however, Walsh committed both his musical and Buddhist practices to Cd, recording a full-length collection of contemporary songs inspired by the Lotus Sutra, The Writings of Nichiren Daishonin, and President Ikeda. The Cd “This is What I Heard,” is Walsh’s fourth full-length Cd and the first that he’s recorded and mixed himself. I sat down and chatted with Alex a bit about his most recent process of making a Cd. Here's a bit of what he said:
DC: This Cd is a little different that your other recording efforts, can you talk about the process?
AW I started practicing Buddhism about 5 years ago and I wanted to make a Buddhist Cd because I had been really inspired by it all. I'm in the chorus in the SGI and there aren't a lot of original Buddhist songs. There are very few that are very specifically talking about this stuff. That was my inspiration.
DC: How did you start?
AW: The first song I wrote was called 'Eternity.' I had no idea I was going to make a Cd. It was 2005, and my goal was just to have something to sing at a district meeting [so] the group could sing along. So I did that, and maybe eight months later, I wrote another one [which started] a three or four song run. Three of those ended up on the Cd. I got into writing a song a day in February (2008) and some of them were Buddhist songs, so [I included a few of those].

DC: You made a Cd that's in line with your musical sensibilities and integrated your faith practice. Listening to this I hear that lyrically, it's Buddhist, but the music definitely comes from your pop songwriting.

AW: Yeah, I wanted to do that. I didn't want to make a sort of new age, trancy, sit down and hear bells or something…Although I do like that sort of thing. I got inspiration from Bob Dylan doing his Christian phase.

DC: There’s also a way that people who aren't practicing Buddhists may not get what the songs are saying right away.

DC: Do you see yourself self-producing the rest of your Cd's?

AW: Well, there are a lot of ways to work now...As far as doing stuff at home and bringing it to a studio. As far as the technical stuff, you can do stuff anywhere now. And that's what was interesting about this one. I really had to switch the hats. 'Okay, I'm writing the song now,' then I'm the recording, later I'm the mixing guy and that's where you take all the tracks and takes and put it all into the final mix. That's where I had to be the producer and say 'okay, that's enough.' And then be the record label and say 'a deadline you have to meet to get to the mastering people,' then deal with the manufacturer, and be the graphic designer. Every step of the way was [like that] and I've done this over the years so I've had some practice.

DC: How does it fell getting this done? Does it feel different than your other Cd's? Even though you did all the work, it seems like this Cd came out kind of easily. Was that your experience?

AW: Yeah, it did. There were times when I was totally frustrated and got deeply depressed, but because of my practice I was able to bounce back really quickly. I don't have the finished product in my mind completely when I start. Writing is an act of discovery. I'll refine [a song] as I go, maybe go back to it a year later and re-write it. Then a year later, go back and say the original is better. I just read an article in The New Yorker about creativity. They said Picasso didn't do trial versions or sketches of things, he just did it. Whereas Cezanne took along time to get his thing together, and he wasn't really famous or discovered until he was in his 50's. Picasso was [discovered] when he was 19 or 20. There's a difference [between] the way creative types work. For some people, like Picasso, they do their greatest work first. And for some, like Cezanne, it takes many years of trial and error to become a master of doing Cezanne. And I think I'm more like Cezanne in that it's taken me many many years to get it together.

DC: You take inspiration from these stories of the masters?

AW: As far as western society, we're all about the creative genius. Where as someone like Cezanne, he did it all his life and didn't become "great" until he was in his 50's. So the question is how do you...

DC: You are obviously someone who is a songwriter no matter what the world says. ...

AW: Yeah, and I've gone through the fire as far as my own insanity to figure that out and come to terms with it!