Having been prone to panic attacks at times in my life, I've spent a lot energy figuring out ways to settle my brain. At a brunch (at the lovely, newest Samovar) for my yoga teacher, I got to talking with several classmates, finding out more about what they do off the mat. One had recently earned a Ph.D. in aesthetics, while another was a therapist. Being dedicated yogis, many (if not most) of whom have tried a lot of brain settling techniques before finding yoga was some of (probably) the best medicine around, we all knew what he meant by 'cognitive' therapy.
"The difference between thoughts and feelings," I said, recalling the lessons of a very early life-improvement/EST informed course I'd taken more than 20 years ago, when I first learned you could change your mind.
"And recognizing distorted thinking when you see it." he finished. I tucked this sentence of instruction in my metaphorical pocket, then went to my show. Even though panic is more currently a ghost I occasionally see floating by my minds eyes rather than the large carnivorous mammal at my back I used to know, managing life hasn't gotten any simpler. So 'recognizing distortions' seemed a clearer, or at least less glib direction, than 'keep it real.' Likewise, these gleanings from media perused amid a packed week (tour prep, the kick-off @ El Rio, workshop development, basic yoga instructing, and pitching in with Twestival communications), have joined my classmates' quote in that metaphorical pockets of wisdom and inspiration: 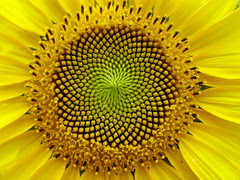