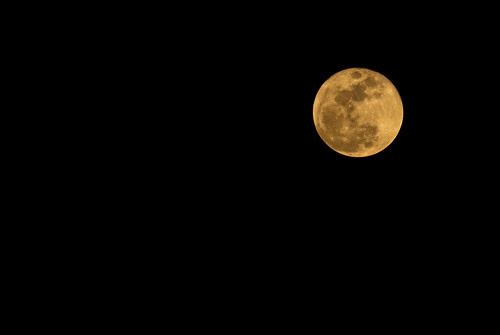 The full moon in Leo encourages (during Aquarius) us to be"who we might be, if we can free ourselves from social conditioning, binding karmic situations or people, and negativity. It's a future self that's broken free, and able to adapt to changing societal realities. It's who we might be if we fully develop creative gifts (Leo) and share them with the collective (Aquarius)." — Astrology.Com

The moon just entered Leo this morning so it demanded to be featured. How not to love the big full moon, pulling on the tide, on us.

Read:
Full Moon by Tu Fu
Above the tower--a lone, twice-sized moon.
On the cold river passing night-filled homes,
It scatters restless gold across the waves.
On mats, it shines richer than silken gauze.

Empty peaks, silence: among sparse stars,
Not yet flawed, it drifts. Pine and cinnamon
Spreading in my old garden . . . All light,
All ten thousand miles at once in its light!
Eat: Mooncakes! These Chinese filled pastries are a traditional food of the fall and the Chinese New Year. It's a little late for the former, early for the latter, but what the hey. The oldest Chinses Bakery in the US, Eastern Bakery, a major source of moon cakes, is in San Francisco. If you're not in town, order online.