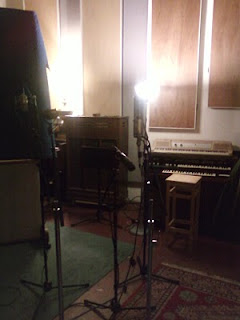 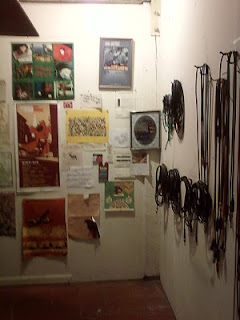 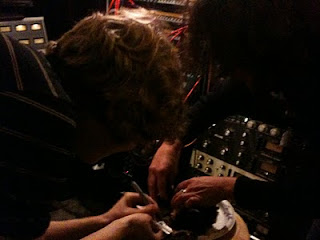 I love the recording studio, which is good because I've been spending a lot of time in rooms with mics and instruments and gear and co-producer Ben Bernstein the past few weeks between sessions. The past couple of days I was at Tiny Telephone Studio in San Francisco, a place I've always wanted to record and due to The Bay Bridged, I got to! Thank you Bay Bridged Chris Cunningham and studio 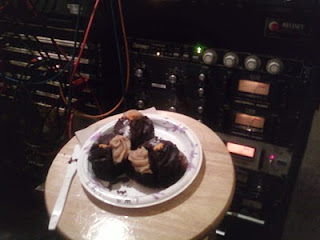 owner/songwriter par excellence John Vanderslice for the opportunity to visit your exceedingly cool and comfortable place.

Read: Art & Fear: Observations On the Perils (and Rewards) of Artmaking by David Bayles and Ted Orland

Eat: Compcakes!Ten hours in a studio will make you punchy & when chocolate was needed, a break was taken to procure vegan treats for our hard-working engineer Scott McDowell. Go to Rainbow Grocery or any progressive cafe and look for the vegan cupcakes by Black China Bakery. If you are indecisive or feeding more than yourself, buy several varieties of cupcake. Cut them artfully and take pieces from each to form new combinations
Listen: too soon to share what we did with the mass public, so check out some of the Tiny Telephone output in the meantime: