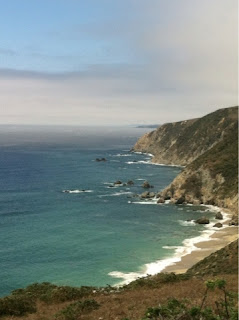 There's comfort in familiar even if you're reaching for change. I got back from travel in July motivated to finish, curate and compile a lot of my own content: 'downtime' has been filled with finishing mixing, going through a bunch of writing and blog posts and figuring out what's next.

Last weekend, we took some time out to visit a favorite region of the Bay Area and drove up to Pt. Reyes, stopping in Inverness for lunch before hitting the Tomales Point Trail, gazing at the ocean, the bay and catching occasional site of the Tule Elk that live there. It was lovely and scenic and not-so-crowded.
Read: Getting back up to Pt. Reyes jogged my memory banks about The West Marin Review, a lovely art, poetry and literature journal put together by a committed group of West Marin folks along with Pt. Reyes Books. Check out the latest issue's TOC. 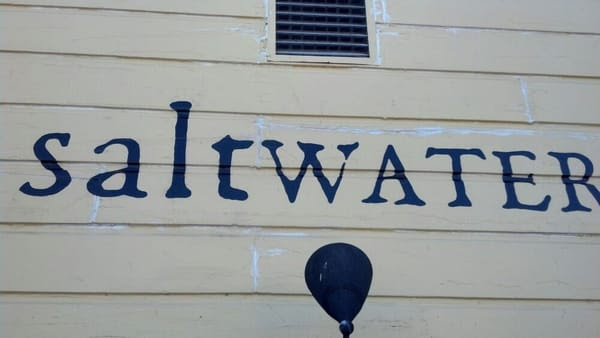 Eat: Inverness, a small town along the west shore of Tomales Bay 'only' has a couple restaurants and one cafe but that doesn't mean it's slim pickings. We had a long, lazy lunch at Saltwater Oyster Depot, which yes, has plenty of oysters, but also a nice selections of salads (fish and farro anyone?), sandwiches and pizza —all artfully assembled from locally sources ingredients —as well as wines and beer on tap. We sat in the sun at the communal table and basked a bit before hitting the trail. Post-hike, we stopped in at Blackbird, an art-house cafe next door, for a slice of their daily pie (peach-berry in this case) and made it back to the East Bay to catch two different shows. Yeah!
Listen: I've really noticed how my tastes are so influenced by what music I heard — consciously and unconscious — when I was growing up. My antenna seems especially tuned to beats and melodies ingested at an early age. I hear something from decades back and automatically start boppinging a little, even if I don't really 'like' the song. Back in the 'likable' category: the wonderful songstress Sam Phillips recently released an album inspired by 60s pop music. It's familiar, it's smart and it's new (and she's one of those just-cool sorts).
Check it out:
Sam Phillips "Push Any Button"
Posted by Bird in the Tree at 10:47 AM