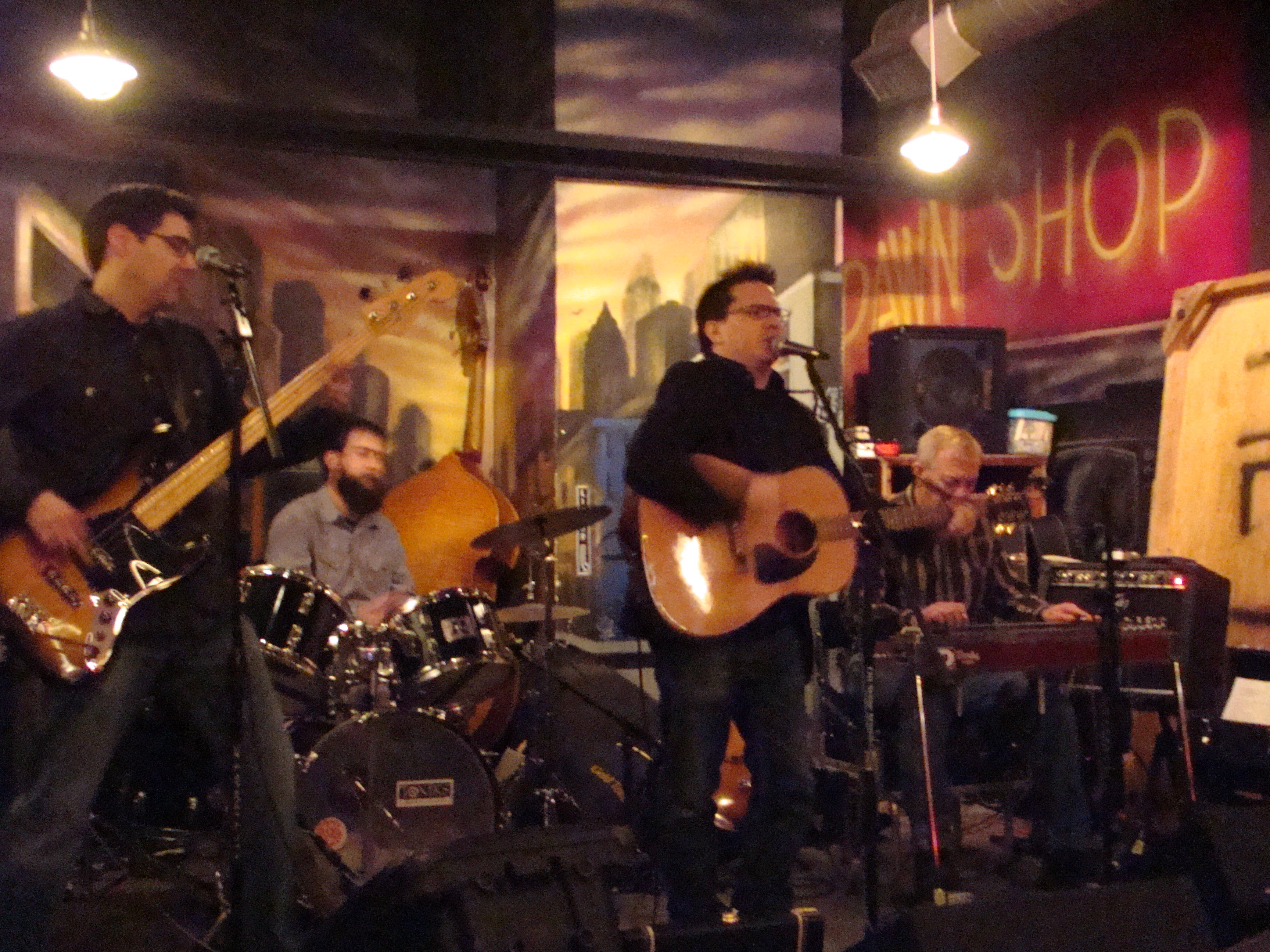 I met many, many, fine songwriters back in the day when I frequented the Bazaar Cafe in San Francisco, many of whom became important players in my life and music. I all but lost touch with one artist I met at the Bazaar, guitarist and songwriter Brent Malin —with whom I shared an appreciation for alt-country music and an occasional show —when he moved back East.  So I was very happy to hear he'd completed a new CD "Two Trees." I recently caught up with Brent about his music life circa 2014:
Q Tell us about your new CD Two Trees. How did you go about choosing this selection of tunes?
Brent: I released my last CD, Long, Long, Way, in 2007.  In many ways that was my first real recording.  Although I'd done several self-produced, home-studio solo CDs in the past, this was the first time I'd recorded with a full band in a studio.  I still produced it myself, but it was nice to have someone else taking care of the technical details of the recording.  In the end, half of the songs were full band songs, and half were solo acoustic numbers.  After that album, I found myself writing both songs that were more solo-acoustic tunes and ones that were more geared towards a full band—though almost all of my songs I'll perform as acoustic solo numbers when I play live.  The recording of Two Trees coincided with my 40th birthday, so it was a celebration of sorts.  I had a written quite a few songs since I recorded Long, Long Way—and, in fact, I had a number of tunes that didn't make it onto that album—so I had quite a few tunes to choose from.  Since 2007, when I moved from San Francisco to Pittsburgh, I'd been playing with a new backing band, so some of my decision of what to record came from the songs that I thought had worked best in our live shows.  Some of these songs we had been playing for five our more years, so we could just go into the studio and knock them out in two or three takes, which really gave the nice, live feel I was going for on the album.  Still, a few songs—"The Gambler," "Honeysuckle Charms," "Moon Over Santa Fe"—we had never played together as a band.  That's another way to give a live feel—we just sat down and started playing!  I had actually planned to do "Moon Over Santa Fe" as a solo acoustic number, but after I heard how the other songs sounded I asked the guys in the band to try playing it with me.  A few takes later we had another full-band song for the recording.

Q: You're from Kansas, spent some time in California and now call Pittsburgh home. Have these places affected your music differently? If so, how?
Brent: So many of my songs are about places, including moving from one place to another.  Even though I haven't lived in Kansas for 20 years it still figures very heavily in the songs I write.  I grew up in a small town, so I find myself often writing about small town experiences, and when I do that, Kansas makes a natural touch-stone for me.  Some of the common themes of Americana music—dirt roads, big skies, farms¨are typical of Kansas imagery as well, and since my Dad grew up on a farm in Western Kansas, I find that I can channel some of that experience by thinking about my memories of going there when I was a kid.  I also spent five years in Iowa City, Iowa, which has a really great roots-rock, Americana, and Folk scene.  The first time I heard Greg Brown, whose from those parts, I really felt like he was singing about a small-town mid-western experience that I shared with him.  Ironically enough, though, I felt like it was when I was playing in San Francisco that I really began thinking of myself as a roots, Americana, or Alt-country musician (as opposed to a folk musician, which is more how I identified before that).  I had always had a love for country music, but somehow it took living in a big city to get me writing consistently in that vein.  San Francisco has a great Americana scene of its own, of course.  When I moved to Pittsburgh I found much of the same.  There are a lot of great country and American groups playing here.  Now, I still find myself singing songs about Kansas, but I've got tunes about Pittsburgh and California, and lots of parts in between and beyond.  It turns out, if you need a rhyme for a difficult-sounding word, you can almost always find a city or town that fits the bill.  That leads me to lots of place-based songs! 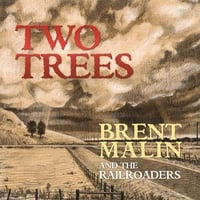 Q: Who are you listening to now? Is there an aesthetic you aspire to?
Brent: I still listen to a lot of Americana music--some of which, like John Prine, Greg Brown, Steve Earle, Lyle Lovett, Lucinda Williams,and Todd Snider, I've been listening to for a long time.  These folks have all written classic songs that I never get tired of listening to, but they always manage to write new tunes as well, and without ever having to make a major departure from their main musical style.  I like a number of new singer-songwriters as well.  Christ Knight is a more recent favorite of mine.  He's a kind of hillbilly Walt Whitman—he does amazing things with lyrics, while sticking to some very classic small-town country themes.  Lately I've been trying to listen to more solo-acoustic songs and get back in touch with my own solo-acoustic song writing.  Part of this is pragmatic—after I recorded "Two Trees," my band mates scattered around a bit; my drummer is in Uganda and my bass player is in Nashville.  Rather than trying to put together a new band right away, I thought I'd get back to writing and performing solo, since that's how I really got my start.   At the same, though, I've been listening to some more contemporary pop-country songs.  Folks like Taylor Swift, Will Hoge, and Sarah Siskind, write some great hooks and just great, emotional tunes.  And I'll listen to anything produced by Buddy Miller or T-Bone Burnett—which is a lot of music these days.
Q: You've become a dad in recent years. How do you balance, work, family and music?
Brent: Being a Dad has been really inspiring musically.  Not only do I have a lot of new experiences and feelings to write about, but I get to see music, and life, from a new perspective.  I end up looking at some many things through the perspectives of my sons, which opens up a lot of different ways of thinking about things.  Fortunately, my wife is very supportive of my music, so I can always make a bit of time to play.  Still, I've had to make adjustments in how I write and when and how I perform.  Right now, it always seems like someone is taking a nap at my house.  As a result, I've found myself doing a lot more silent songwriting—I'll compose lyrics without singing or playing the guitar.  This has given me some different ways to think about melodies, which I basically end up conceiving in my head.  In the past I've found that changing up my writing process periodically is really helpful and I'm enjoying this new change.  Though I'm looking forward to being able to make some more noise as well!
Q: What's next for Brent Malin?
Brent: I want to get back out in terms of performing.  I've slowed down a bit since releasing "Two Trees" and since my second son was born.  I'd like to do some small-scale touring near home so that I can play without having to spend time away from my family.  Hopefully I won't wait another six years before putting out another album.
To keep up with Brent, visit his site http://www.brentmalin.com/
Posted by Bird in the Tree at 11:49 AM