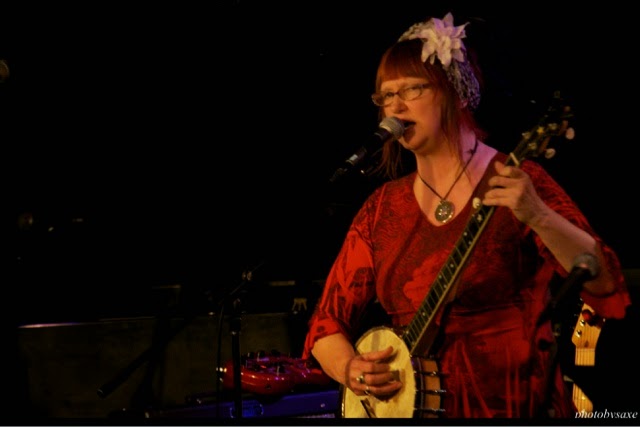 Less than a verse into the first song Canadian-born, Nashville-based Linda McRae played at her 2014 FAR-West Showcase performance, my husband and I turned to each other and said 'oh yeah.' Playing a banjo and singing in a strong alto, McRae went on to offer a masterful and stirring set of songs. Songs with a capital S that took one on a sonic journey while steadily cracking open your heart. One, "Rough Edges & Ragged Hearts," the title track to her 2012 Cd, contained one of the best lines I've heard: "living is a dying art." Another song was based on the words of a Folsom Prison inmate she'd met through her involvement in the Arts and Corrections Program at California’s New Folsom Prison. By the end of her set, tears were streaming from our eyes.