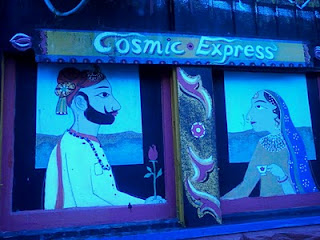 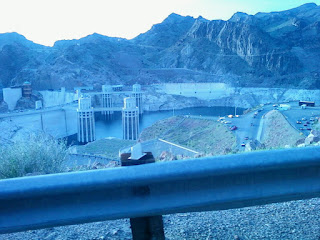 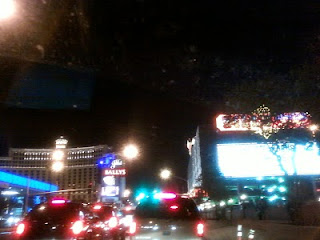 Music tours, being just that, are first and foremost road trips, albeit with two vehicles: the music itself and the car. While each show we did had it's own flavor, each day was dictated as much by travel conditions. Who would have thunk it would snow in Dallas? And the math of getting from point A to B, carefully calculated before leaving, takes on a different cast when you're in real time. In 15 days we had one day off from music, which fortuitously allowed us to split a particularly long day in half and stay with friends along the route. Still, the tight schedule found us in the car for more than 10 hours each day on the last two days of the trip, en route from Santa Fe to Vegas, Vegas to San Francisco. Truth be told as much as I like traveling, —moving through the ever-changing Southwest landscape is half the draw—I was a little heartbroken to spend such small amounts of time in Santa Fe and even Vegas. I once spent a fair amount of time in New Mexico and the whys of that all came flooding back to me surrounded by sage and pinon and desert mountains and those bright bright stars at night. Plus everyone there, from venue owner to audience member to cafe worker was immensely friendly. Likewise I could have spent a bit more time amid the wacky skyline, rife with neon and flashing signs, the desert air and the surrounding mountains that is Vegas. Nonetheless, after moving through the Mojave, up and over the Tehachapi Pass which was blazing with spring wildflowers, we arrived in the Bay Area to wrap up the tour in Sunnyvale with Indian Food, bandmates and the music. And after 10+hours of SLEEP, I'm happy to see that spring has arrived here as well.
Posted by Bird in the Tree at 11:03 AM