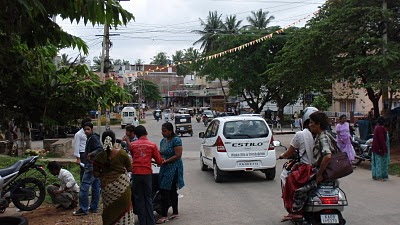 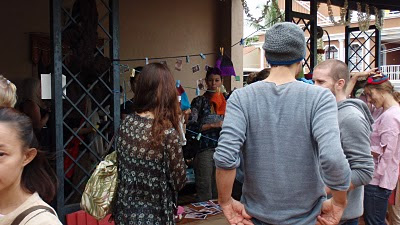 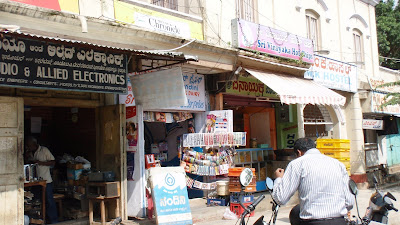 I've been interested in co-housing for a long time, and while it's not officially co-housing in Mysore, the expat yoga student population that forms around the studio(s) here forms an organic, cooperative village. A network of rentals is continually being discussed and relayed so no one goes without what they need for very long, if at all. I found a room through a teacher from the states; people to play music with through word of mouth, and have been crowd sourcing tech support for the past 24 hrs. When I fried my computer's power chord (power outages and power surges are commonplace), I freaked a bit because Mac stores are non-existent in Mysore and I'm here two more months. Between walking from my house to breakfast (that is within 5 minutes), I found three different people who could help out in the interim. Rides, information, news seems to arrive at just the right time. There's always someone who knows how to find a movie, a vet, a dentist or a stray piece of gear and people tend to watch out for one another. If you don't see someone for several days, it doesn't go unnoticed.... Think Facebook —which, no surprise, is as prevalent among both Indians and yoga students as anywhere else in the world— the ground, in real time and place.
Posted by Bird in the Tree at 3:55 AM