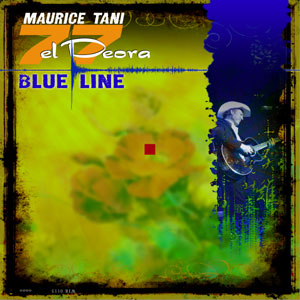 If you're wondering what to do with your upcoming Sunday night, do as I am and get yourself, and any self-respecting music-loving friends you have, tickets to Maurice Tani & 77 El Deora at The Freight & Salvage. Maurice is one of those Bay Area treasures who the whole world should really know about (and probably will soon). He writes great songs, he has a killer voice and he knows how to wield a guitar to best effect, whether the song is a rocking honky-tonk number or sensitive ballad. He also is a rare combination of great artist and nice person. Yes, I'm a big fan (Click here to read the interview I did with him three year ago.)
This year, he released not only one, but two, new excellent CDs, Blue Line and Two Stroke. Sunday's show at The Freight (the optimal place in the East Bay to hear this music) is the official release party for those projects. Be there if you can.