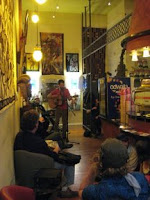 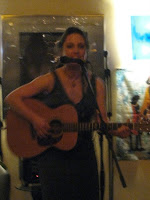 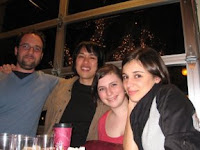 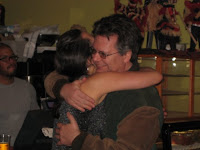 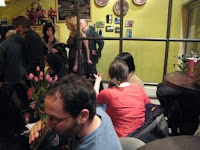 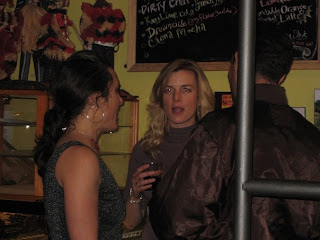 The Cafe La Vie opened a year ago Feb. 1 and quickly became a hub of creativity for our neck of Hayes Valley. As it's right across the street from where I live, I quickly got to know the owner George as well as the staff. One day, I walked outside, and one of the guys from the tour company next door said "you should write a song about the Cafe La Vie." I had song group that week, so I did! Now it's on a CD, and last week, the Cafe graciously hosted the music and cake part of my bday celebration. Veronica (above left with some of the Conversation Group crew) shared some of her photos.
Posted by Bird in the Tree at 11:12 AM

Nice photos and you look terrific! (And so polished!) Great way to start your most powerful decade yet.