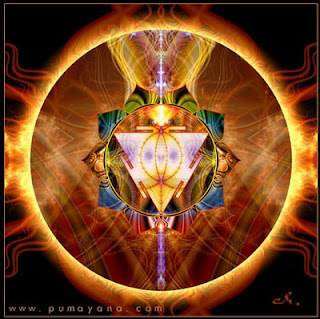 Buddhists, Native Americans and Hindus have long used mandalas —concentric diagrams containing an array of symbolism — for ritual, meditation and healing. Such purposes are immediately evoked by the modern Mandalas created by artist Aurélien Floret, whose work I stumbled upon at Sophia Healing Center during a New Year’s Day stroll through the Haight District. Ostensibly, I was going to see about booking a massage, the next I was standing still & slack-jawed in the gallery space. The large, hand and computer-drawn images manage to be at once deep, moving and calming. A Frenchman with deep ties to India, Aurélien graciously explained to me a bit about his work.
DC: Can you talk about your different mandalas? Are they meant for meditation? I definitely had a visceral response to many of the images...
AP: The Mandalas are like mirrors... Using specific patterns, they enter in resonance with you and the different parts of your body. They are like echoes, that’s why they have such an impact on everybody's consciousness...
The Chakras series, for instance, is the result of my meditations and also the work I did with shamans, which helped me to visualize them in my body, and especially to keep the vision and be able to translate it on a sheet of paper...
DC: What was the first mandala you painted?
AP: The first Mandala I drew was just for myself, a kind of medicine or healing process. By drawing Mandalas you learn more and more about yourself. It’s a deep process to rebalance your body, mind and spirit. Mandalas use the Sacred Geometry patterns that are very powerful to unlock hangs-up and reopen our human potentialities... Then step-by-step your enter deeper in the process, and a new vision of the world appears.
It s not by chance we [humans have] used Mandela’s for ages to heal, to change the state of consciousness, to re-center the body and so on. Nowadays, they are also used in schools, hospitals....
DC: What is your primary inspiration? Can you describe the process of their conception and creation? 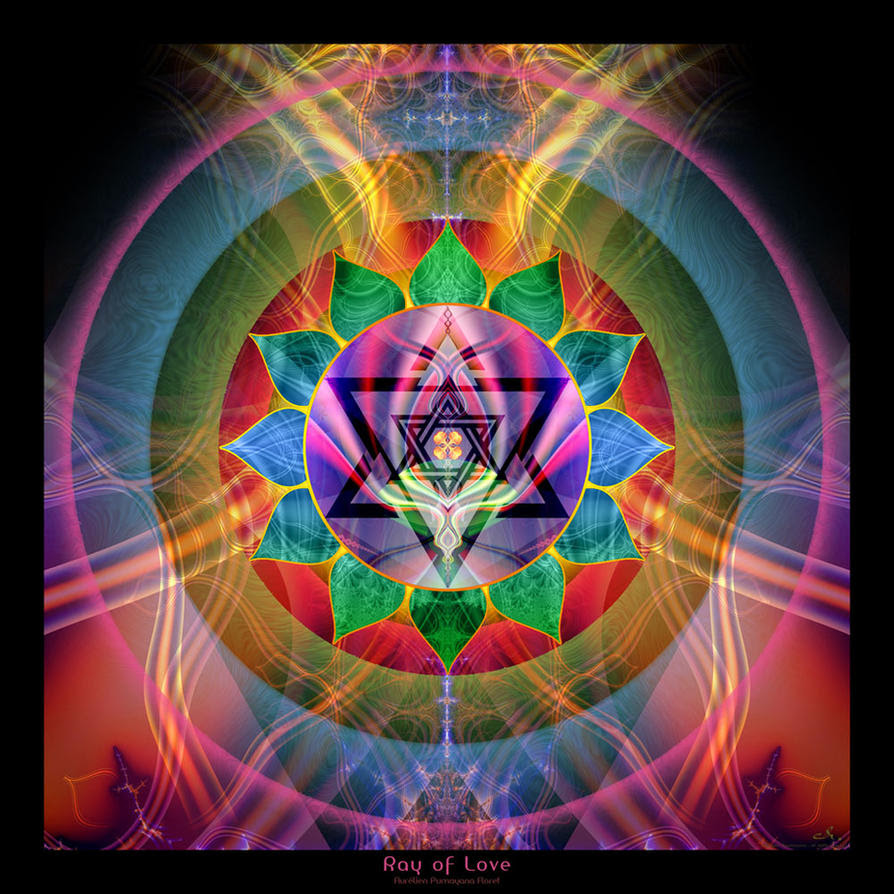 AP: My main inspiration comes from my different trips around the world, my different life experiences, [and] also inside my consciousness and myself. [They are] reflections of my meetings with people and their traditions, and also several masters who introduced me to the different [kinds of] sacred art and journeys in consciousness... I also study books a lot and spend a lot of time in nature meditating.
Each series of Mandalas is specific to a "vibration.” They are all inspired by the different spiritual traditions around the world. I realized that each tradition on the planet considers the Circle as one of the most Sacred Shapes. That’s so interesting ... this is a universal shape, full of meanings.
There is no specific process in the conception. Many, they... after a dream, a meditation, a walk, a meeting, a reading, work with a master...
After I have the vision I just sketch it and start to organize the energy I receive by going deeper in the translation and creation process. I finish all my images on computer to give them the perfection I saw in the vision and use some sacred geometry elements like numbers Phi, Pi, Fibonacci set, Mandelbrot set, etc.
DC: What other artists (if any) inspire you?
AP: Mother Earth, who creates the most beautiful mandalas and fractals, inspires me.
In the human sphere, my masters are the Tibetan Buddhist artists, and visionary artist from all over the world, ancient or present, shamans of different traditions, Aborigine and their Dreamtime, [and] of course the master Leonardo da Vinci....
DC: You’ve spent a lot of time in India. When did you first visit and where did you go?
AP: The first time in India was in 2003. I was working for an HIV organization in Goa. I fell in love with this country and its people. After that experience in Goa, I traveled all around India, visiting, meeting people, creating, getting inspired, for months...
I am very connected with this country now, it s a part of myself. I spend half of my time between France and India.
DC: Were you a practicing visual artist prior to visiting India?
AP: India and Peru really had a big impact on my creativity; these two countries opened my inner Sight and gave me the power to concretize my Visions.
DC: You've also created an orphanage for the poor in India—How did you launch that effort?

AP: After a "synchronistic" meeting with an Indian [man] I decided to create an orphanage in Orissa, one of the poorest areas in India with him. I really wanted to do something for this country, but what to do... then I met [someone who] shared a dream. Back in France, I decided to create an organization to support and sponsor the project. Step by step, it grew up, and now we look after 30 children, providing them all their daily needs, school, medicine... It s was not easy but as we say in India, Everything is possible.
DC: What are you working on now?
AP: I am working now on new Mandalas, describing the process that the Humanity has to cross in the next few years... I am also working on animated Mandalas to translate my visions with more efficiency. A friend and I also organize exhibits and happenings with live music and workshops. We often invite people to join us and share together a common vision.
It is the right time now to "Do It" and re-activate our Humanity for the wellness of all sentient beings.
You can see Aurélien’s Mandalas on display in the Bay Area at Sophia Healing Space (which will be having a celebratory event w/Aurel Friday, 1/9), 776 Haight St., San Francisco and 7th Heaven Yoga Studio in Berkeley through January 2009. For more information, go to www.pumayana.com. For information on his orphanage in India, visit http://www.iomfrance.com/
Posted by Bird in the Tree at 2:34 PM