The Music Cure: On Fillmore 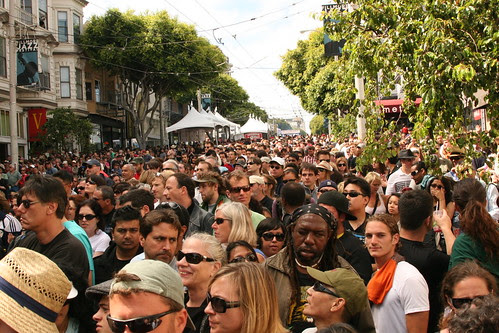 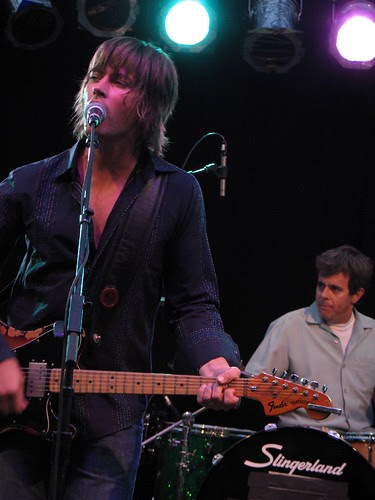 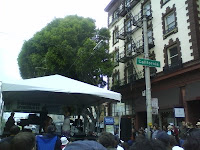 The reaction to Michael Jackson's death and his memorial demonstrated so clearly the power of music to heal, unite, inspire as well as entertain. I wouldn't have counted myself a particular (or true) fan of his, but I, too, was one of the millions of people jamming the internet, keeping one eye and ear on the tributes, and one on the business at hand, inside a bit surprised at how many of his songs & lyrics were lodged in my consciousness (and tearing up a bit). Music. Thank god it exists, & thankfully people keep making it despite the challenges of our times.
Fortunately, there were a ton of enticing shows going on in San Francisco this week. Great for me as I've been staying fairly close to home after the weekend's road trip and A LOT of travel upcoming. I didn't get to the half of it but I managed a good cross section of the Fillmore Jazz Fest (polished goodness by local jazzers Lloyd Gregory, Kim Nalley and funky set by Joe Bagale) which annually turns a good five blocks or so of Fillmore St into a crowd of stages, craft and food booths and good times. Likewise, I got a last minute ticket to the Old 97's on Thursday night at the Fillmore to get completely rocked by Rhett Miller and company, sweating out their particular brand of truth. Miller and bandmate Murry Hammond 'opened' the show with back to back acoustic sets which were shows in and of themselves. Murry got to it with a harmonium (having to tell someone in the crowd what it was, which made my yoga self chuckle) and a Martin, playing some originals as well as covers of Carter Family tunes, and completely won me over by choosing to play my fave Judy Miller song "All My Tears." Then out came Miller, all swarth and sweat, rocking his Gibson so hard it didn't seem like he'd have much left for the set with the band. Hah. By the end of the evening, most of the crowd was singing along to the 97s catalog, old and new, with joy & abandon.
Posted by Bird in the Tree at 10:01 AM