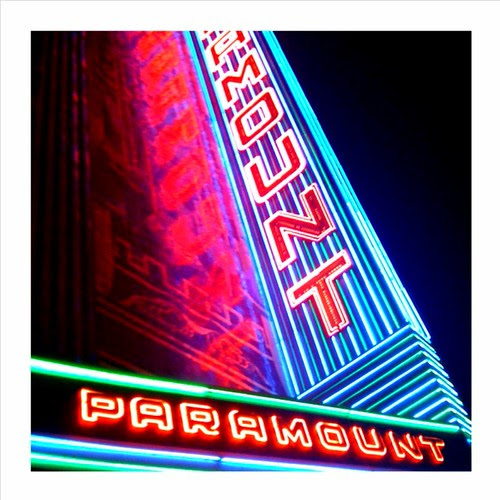 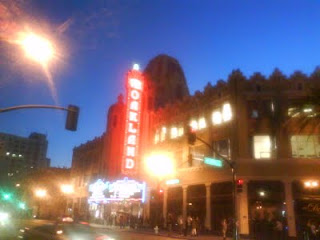 I attended the Oakland leg of the BonTaj Roulet tour featuring Bonnie Raitt & Taj Mahal last night, as the two modern blues masters put down at Oakland's The Paramount Theater. Featuring a set each with their respective bands, a mini-set of the two sitting in chairs doing old-school blues by their mentors including Mississippi John Hurt, and a blowout set featuring all 11 tour musicians on the stage together, it was something special. With each having put in 30+ year of music creating and touring, they nonetheless played as if they were 25 years old. But, whoa, what they were putting out was wisdom and mastery for the ages. I've seen Bonnie Raitt a lot over the years and she was singing and playing stronger than ever. And Taj Majal is a wild man, dancing as energetically as he plays. I'm signing up for their health & longevity plan. And, true to their principles, the BonTaj tour had set up an elegant fundraising plan for a suite of social action causes: the Bontaj Collective Action Fund: 25 cents was taken directly from the ticket price, matched by 25 cents from Bonnie and Taj, with Ticketmaster AND Live Nation Ticketing and Musictoday matching those contributions. They had a goal to raise $1 for charity for every ticket sold. Yeah, talk about putting it all together.
On another note, that strip of Telegraph & Broadway in Oakland is hopping. Before the show, we hung out at The Den at the recently refurbished Fox (where the Arctic Monkeys were pulling in an equally large crowd, albeit different demographic), and checked out what was going on at The Uptown and it all felt as revitalized as it looked. (this is a clip of BonTaj on the performing "She Caught the Katy" on the Late Late Show in August)