September Music News: In the Garden, On the Radio and Beyond... 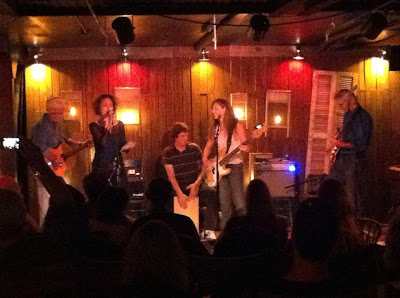 So much good stuff happening these days! We had a great time playing in August, including the show at Viracocha (left) and on KALX Saturday. Lots coming up...

Including this coming Saturday, you can find me live and in person at a very cool house concert in Alameda:


I've been dipping into Laurie Wagner's 27 Powers creative writing community since I moved to Alameda several years ago, so I'm delighted to play there. Icing on an already good cake is performing in support of 6-time IMA & 6-time Emmy winner  Monica Pasqual, from the band, Blame Sally, whose music has been featured on soundtracks for PBS, The History Channel and National Geographic Television. Berkeley-based songwriter (and fellow Wild Writer) Sara Lovell will also be sharing her songs. It's going to be an incredible concert under the stars at a gem of a setting! Advanced tickets recommended. Please join us! $20, kids are free - wine and snacks on the house.
BUY TICKETS http://www.27powers.org/

After more than a year of work, the new CD "Little Bird" featuring 11 of my songs, arranged and produced by the amazing Art Khu, is complete. I picked up the master earlier this week and the CD will be released officially November 5. Nonetheless, (other) little birds tell me there's a good chance you'll be able to pick up advance copies at some shows before that date. :D. Here's a preview of some of the tracks (if you've missed them )on Soundcloud: