The weekend was punctuated by hearing a bunch of great music, attending and playing a tune at the Earth Day Marin Celebration and learning of the passing of writer and naturalist Peter Matthiessen.
Friday, we waved goodbye to a songwriter-friend who is moving across the country and then got ourselves to Lafayette's Lamorinda Music Store for "3 Voices in Song," an evening with songwriters Wendy Beckerman, Louise Taylor and Karen Almquist. Wendy is the ringleader of a 'songwriter's exchange' we've been participating in for years. I've written about 'song group' before — a regular, grassroots gathering of diverse songwriters who come together to share a meal, their latest work and feedback — as it powerfully and stealthily became a trusted sounding board for many of my songs.

The trio's show at Lamorinda displayed the long-time friends' musical mastery. This wasn't flashy or trendy music, it was real and heart-filled music by dedicated artists. Three-part harmonies, blues riffs, delicate finger-picking... a great expanse of musical range and heart. Everyone had a firm command of their instruments and the joy they were taking in playing together was palpable. Wendy has a finely tuned sensibility for melody and meaning. When she isn't writing songs, she's teaching mindfulness classes: her songs are exacting, excellent and poetic. Karen, a kick-ass guitar player and self-proclaimed song 'interpreter', covered Jesse Winchester and early James Taylor, offered up several beautiful originals and added some cooking harmonica to the mix. Louise Taylor, also new to me, is a longtime troubadour who calls Hawaii home and wields a hollow-body Duesenburg guitar with the confident swagger of a gunslinger. Only it's her voice which is the real weapon. When she's not writing and performing, she's a voice teacher so...think Bonnie Raitt's long-lost sister. It was a truly nourishing night of authentic and highly skilled music.

You think that would have been enough but ...we had tickets to Gurf Morlix house concert presented by KC Turner on Saturday night.  As a longtime devotee of Lucinda Williams and lover of Austin music, I'd heard Gurf's name a long while: he accompanied Williams for 11 years, and produced her first two albums (also co-writing one of my favorite Williams' tunes ,'Big Red Sun Blues'), but that's just a note in a long and storied career. As well as being a sought-after producer, he's a master guitar player and to-the-bone honest songwriter in the tradition of Townes Van Zandt, Nebraska-era Bruce Springsteen and Blaze Foley (to whom he pays homage to live and in multiple recordings). Sitting back in a living room and hearing him sing and play a small-body guitar accompanied by singer-songwriter Amilia Spicer on vocals, I was musically transported to South Austin, and lyrically transported to the back roads of Texas where the living is hard and choices life or death. Again, a night of real-deal music. 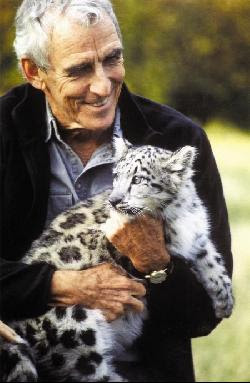 Right before we left the house for the Gurf show, I learned that writer and naturalist Peter Matthiessen had passed. Matthiessen's The Snow Leopard was required reading for any self-respecting Environmental Studies major at UCSC. As a nature loving,  aspiring writer undergrad, I ate up that landmark book, as well as, in subsequent years,  his many New Yorker essays and writings on Buddhism and nature through the years. His words are steeped in integrity. When I had the privilege of meeting him in person after hearing him speak in SF a while back, I was struck by his immense heart and exacting presence. Reading his obituary and the many, recently penned tributes  (he has a new book that's set to be released tomorrow),  I'm struck again by his dedication to truth and activism: "it’s our duty [as writers] to speak for those who can’t speak for themselves."
Mostly, I'm reminded it's a privilege to read and to write, period.

On that note, while a contest is somewhat antithetical to the spirit of the artists mentioned above, I was nonetheless honored to have a song co-written with Kwame Copeland, "Your Own Reaction," chosen as a finalist in the Earth Day Marin Song Contest. And despite my cold-compromised voice, we ventured to Larkspur for a full day in the sun, listening to many speakers and musicians who are actively working on behalf of the environment and sustainable living, and performing our song. Marin residents are truly leaders on this front, and I was impressed with the effort made by producer Hannah Doress to pull the various organization and events together to share their knowledge and activism.  Kudos, Hannah!
Alas, our song did not win the grand prize (and a recording of it is just getting mixed so I can't post it) but I hope its message will add to the effort to make the world a better place:

"Start your own reaction/See what you can do"