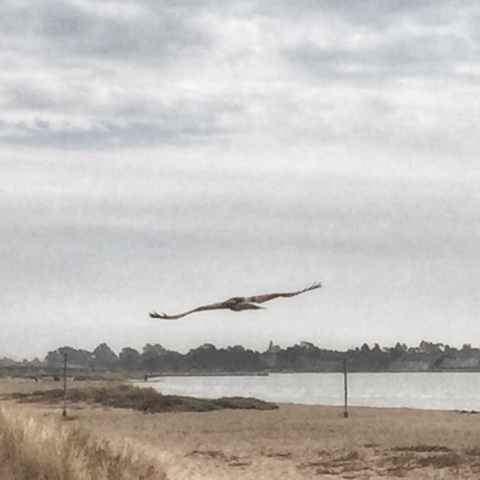 “The loss of a keystone species is like a drill accidentally striking a power line. It causes lights to go out all over.” — E.O. Wilson

The natural world has always been my go-to, for solace, for perspective, for a sheer hit of beauty. And I'm fortunate to live in an area surrounded by slices of natural land and open space. I got out for a brief hour of beach and open space time yesterday and was delighted to see a host of avian wildlife (snowy plover, migrating hawks, harbor seals) and felt, for a moment, that there's plenty of hope for this beleaguered planet after all, even as I know how precarious as it is. So I more than heartily applaud evolutionary biologist E.O. Wilson's proposal to permanently set aside half the earth for the 10 million plus species of wildlife with whom we share the planet. It's a bold challenge (and some say arrogant) but really, given the high rate of extinctions happening as I write this, mainly due to human caused climate change, deforestation, pollution and generally rampant environmental abuse, why not try?
Here are some conservation success stories and other conservation networks taking inspiring actions to make a difference: