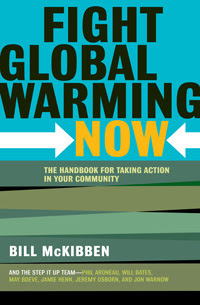 "If you’ve been a little paralyzed by the sheer size and horror of global warming, now is the time to start moving forward, fast." — Bill McKibbon 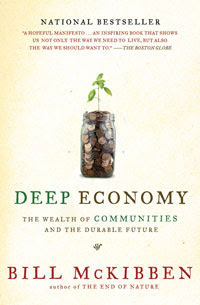 Having written my representatives and senators on the matter, I was happy to see the House passed the Climate Bill yesterday even if many are saying it will mess up the economy further. I'm not sure what part of the widespread consensus that global warming is happening now people don't get with natural disasters, failed crops, lack of potable water for many people, and extinctions running amok. If all these events continue unabated money won't mean a thing. I suppose this is where education comes in. I 'forget' I got a degree in Environmental Studies 20 years ago when recycling programs and the ill effects of pesticides left most people scratching their heads (including my family as I recall after explaining these issues having come home impassioned&outraged from all I'd learned). I've known about this stuff long enough that it's second nature to ride my bike to work, separate the plastic from the paper, and buy local as much as possible. Yes, it's hard to remember these acts may make a dent when I pedal past a person pulling out of a driveway in a Lambourghini (the great thing about city living is you truly do have the all of humanity in full view), every action does count. There's plenty more I could do that really doesn't interfere with enjoying one's life. Given that, I found some great tips and and resources at American Council for an Energy Efficient Economy' site (they host theBehavior, Energy and Climate Change Conference).
For more on the complexity of the economy & action, the brilliant author Bill McKibbon has a new title "Deep Economy," which explains issues of growth, sustainability, & oil economies far more expertly than I can. You might want to pick up his "Fight Global Warming Now" while your at it.
Posted by Bird in the Tree at 11:28 AM

Profile on James Hanson in 6-29-09 New Yorker. Check it out. His position is the American Clean Energy and Security Act is more "go along, get along" because it allows for the construction of new coal plants. He's adamant that our only hope is shutting down coal plants NOW. Very informative (scary) read.

yeah, I'm scared, (which is why i probably sound pissed off).