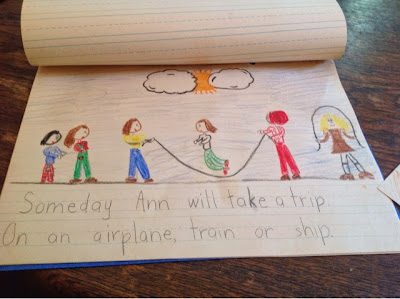 I didn't always sing, but I always wrote. I had the good fortune to discover books early on, which offered up a fortune of information (and inspiration) about the world out there, and what was possible to do with a pen. Thank god for literacy because it was the tail of the tiger that I had to catch on the road to  liberating my voice. For the quiet girl that I was, solace was found in books and making up stories of my own. For the silent surly teenager that followed, books offered more alternative realities, as adolescence found me getting a lot of props for what I looked like rather than what I said. I had one especially perceptive teacher who ran the drama department in which I didn't dare set foot, who also taught a drama literature class. Ms. Zanjani got right away that the work was easy for me but that I didn't take it seriously, and did me well by guiding me into College English classes.
Writing got me into UCSC, where, fortified by a diverse, dedicated-to-actualizing student-body, I realized that my quiet behavior simply didn't mirror the truth. Still it would take me a very long time to feel anywhere near comfortable talking in groups and to even think about performing, but over many years, writing led to being able to 'say' the truth on the page. Reading that writing stepped up the game, and singing, well that gave me my emotional spectrum back.

This is a CliffNotes version of a bigger story, but I'm remembering it this week, as I caught myself 'being shy' the other day, not speaking up in a mostly-male group when I had something to say.
Then a friend posted the article What Every Girl Should Learn online and which I found at once encouraging and enraging and all to familiar. That is, I'm so glad Soraya Chemaly wrote this article and so sad getting your voice isn't enough in many cases.
The words:

"Stop interrupting me."
"I just said that."
"No explanation needed."
The why: Chemaly writes  "As adults, women's speech is granted less authority and credibility. We aren't thought of as able critics or as funny. Men speak more, more often, and longer than women in mixed groups (classrooms, boardrooms, legislative bodies, expert media commentary and, for obvious reasons  religious institutions.) Indeed,  in male-dominated problem solving groups including boards, committees and legislatures, men speak 75% more than women, with negative effects on decisions reached.
That's why, as researchers summed up, "Having a seat at the table is not the same as having a voice."

As someone who took a long time to find my voice, I've had many rude awakenings when it comes to the latter. The only thing worse than overt sexism is seeing my own internalized sexism -- the part of me that bought the silence and deferral game who still occasionally rears her fearful head.
I'll have to remember the direction to "stop interrupting" that much more...and stock up on some more good books.